Sharkle is a character from the game Night in the Woods. This app mimicks the one on main character Mae's in-game laptop screen.
Available for both Windows and macOS, the versions are written in C# and Swift, respectively. 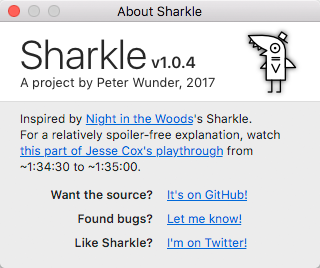 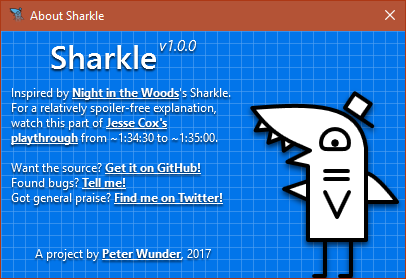 Fritz!Status is an app I wrote to monitor my internet connection when it was less than reliable.
On Windows, the taskbar button changes its color depending on the internet connection's status.
It's available for Windows and macOS. 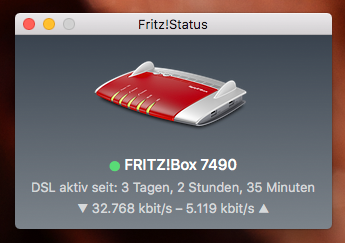 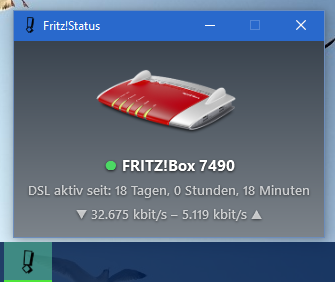 TwitMin is a minimalist Twitter client designed for posting tweets only.
It uses macOS's Twitter API and with both a bright and a dark theme, it seamlessly blends into the OS, regardless of the user's preferences. 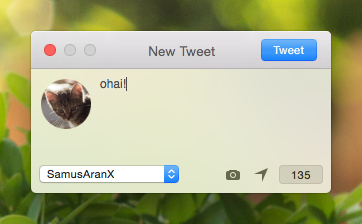 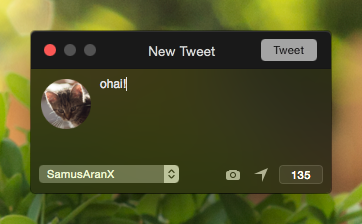 PyUntis is a collection of Python scripts that call the Untis substitution plan API and display all relevant information in a readable tabular format.
The backend is written in Python (hence the name) while the frontend consists of vanilla HTML, CSS, and JS. 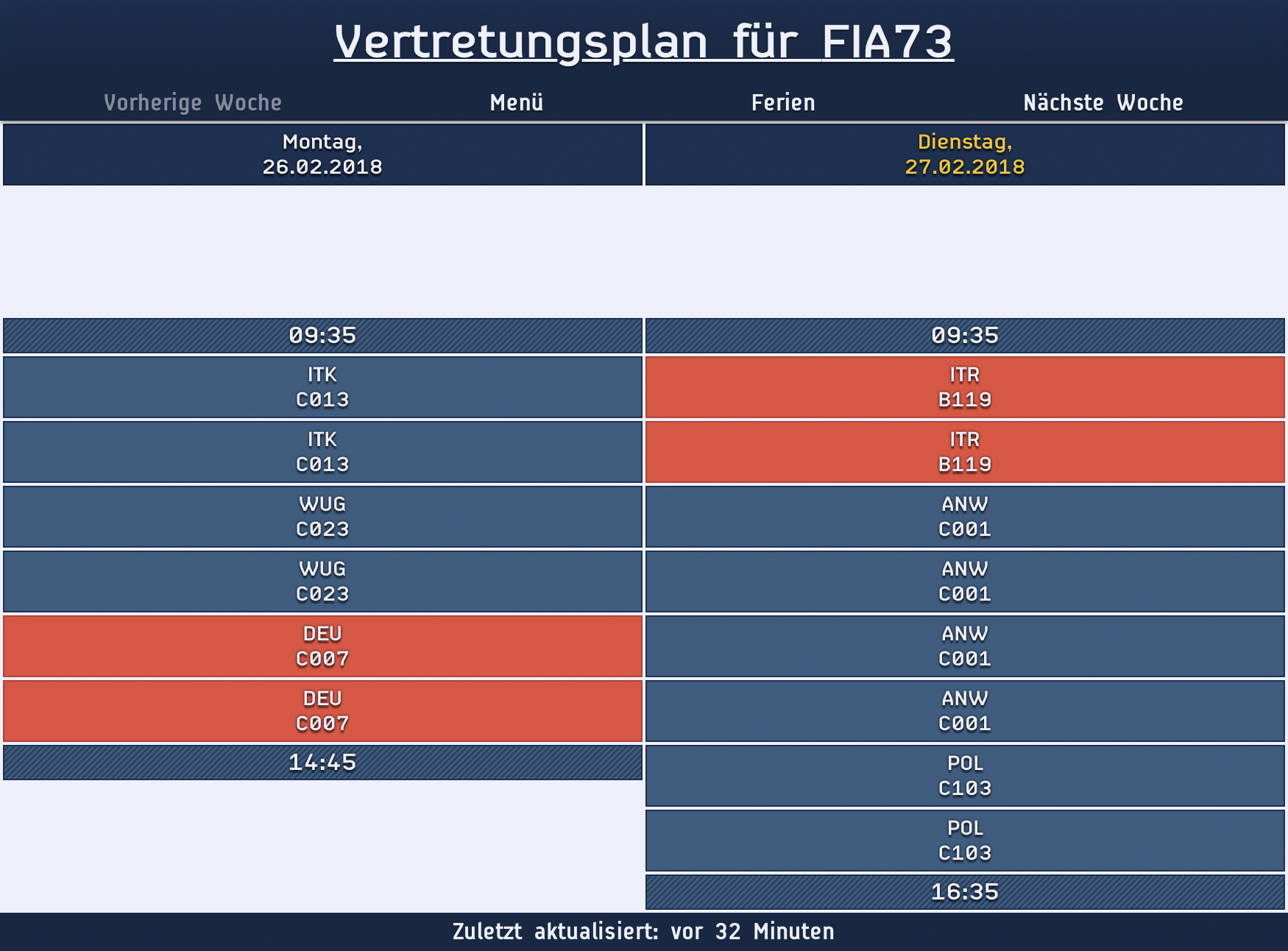 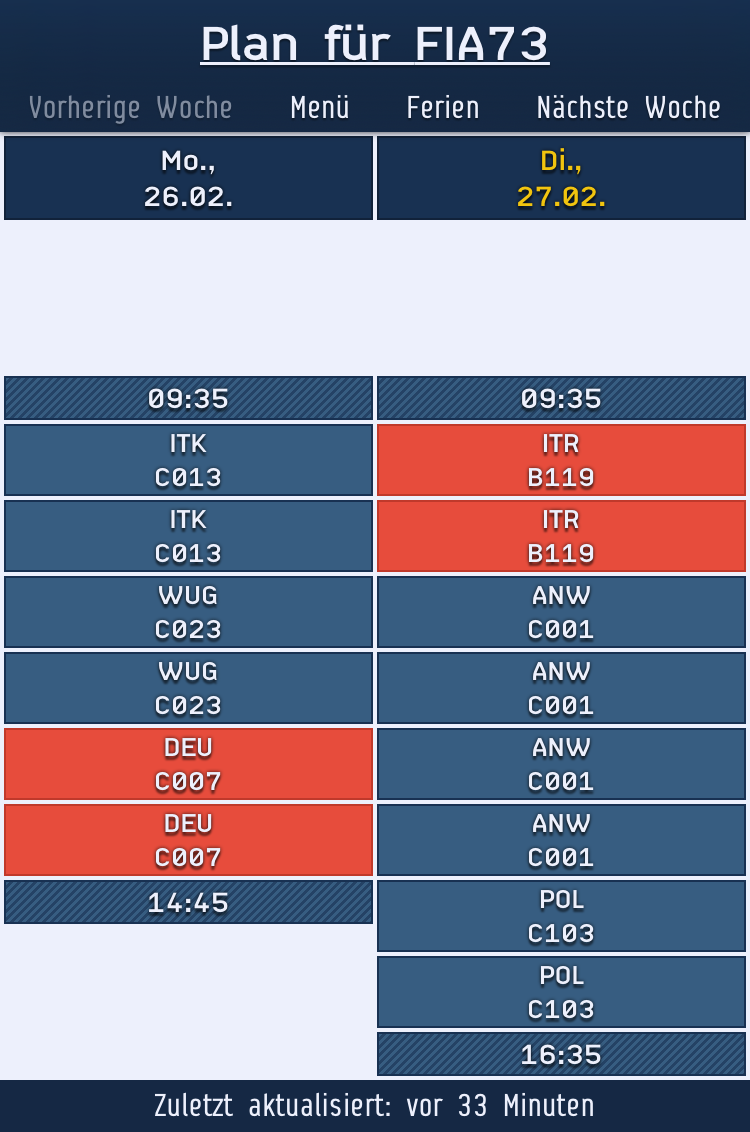 ScreenSnap is a small app for BlackBerry OS 7 devices.
It enables users to take screenshots at the press of a button, offering the choice of saving them to a memory card, if present. 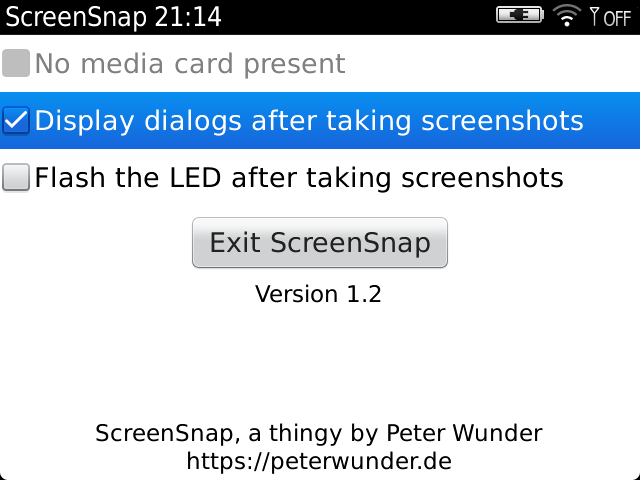 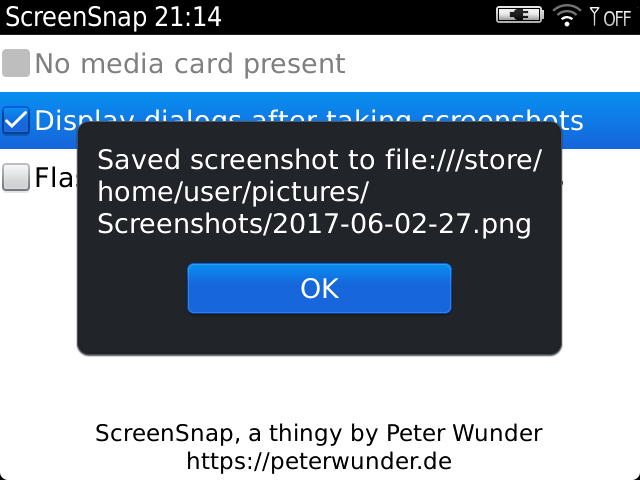